KAF is a small UK registered charity, that began in 1991 as a medical and dental Appeal, and as a consequence of Sadam’s atrocities in Southern Kurdistan. It helped the displaced and injured people in that part of Kurdistan in the 1990’s.

In 1994, it was registered in the UK as the Kurdish Aid Foundation and from the beginning it’s aim has always been to help and aid the Kurdish people throughout Kurdistan.

In years gone, we have helped refugees in Southern Kurdistan and Rojawa and more recently, we have sent aid to the Kolbers in Rojhelat and as we speak we have links with Rojhelat and some earthquake victims have actually received aid from KAF.

KAF is willing to help in all parts of Kurdistan, wherever disaster strikes.

Borders are not an obstruction- we will help all disaster victims whether they are caused by natural causes or by the regional governments who deprive the Kurdish nation of basic human rights.

KAF wishes to continue its good work and we ask all of you to be as generous as you can this evening.

We have tried to make giving easy through our:

3- Cheques made payable to KAF

Thank you in advance for your kind and generous donations. 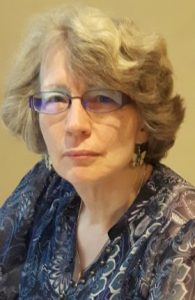 Karen Dabrowska, the author of nine books including Iraq the ancient sites and Iraqi Kurdistan, is a freelance journalist focusing on the Middle East and Islamic Affairs. She participated in the KAF’s fact-finding mission to East Kurdistan in March 2015. 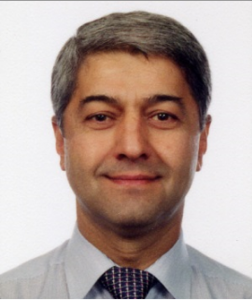 After a wave of Iraqi army and police atrocities in Kurdish towns and villages, Shafiq began his humanitarian relief to Kurdistan, in 1991.

Shafiq experienced the barbarity of the Iraqi army first hand in the 1970’s and since then the aim has always been to try and improve the lives of those persecuted and those otherwise affected. He registered the Kurdish Aid Foundation in the UK in 1994 and has continued to supply medical and humanitarian aid to the Kurdish region ever since.

Professionally Shafiq has worked as a Maxillo-Facial Surgeon in the UK since 1976.This includes extended spells in the NHS and the

British Armed Forces. He currently works as a Lead Oral Surgeon in the NHS on a part time basis. 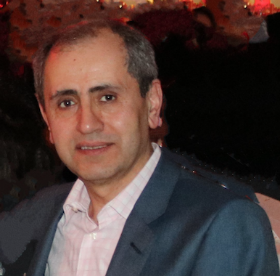 Kawa  Almasi, a former political acitivist, was born in Saqqez, East Kurdistan, where he was a working and fought for social justice. Since arriving in the UK in 1997, he studied  software engineering at the University of Westminster. He has always combined his professional activities.